Alright, folks, we are right back at the start again.

This time for round #3 of the Micro Startup Journey.

I’ve launched my first 2 Micro Startups in January and February and have taken the first days of March to reflect on what I have learned so far.

One main thing that struck me is - I launched both on nearly the same day of the month.

Close to the end.

At first, I thought “Fuck, it took me far too long to launch in February again”, but then I noticed a difference between the two.

With ViTAL I had been practically working on the project in November of 2020 when I started YC’s Future Founder Program.

So when I launched end of January it had been about 3 months.

With Vegan Book Base I went from idea to launch in about 3 weeks.

Frankly, I was delighted when I realized that I managed to improve my time to launch. 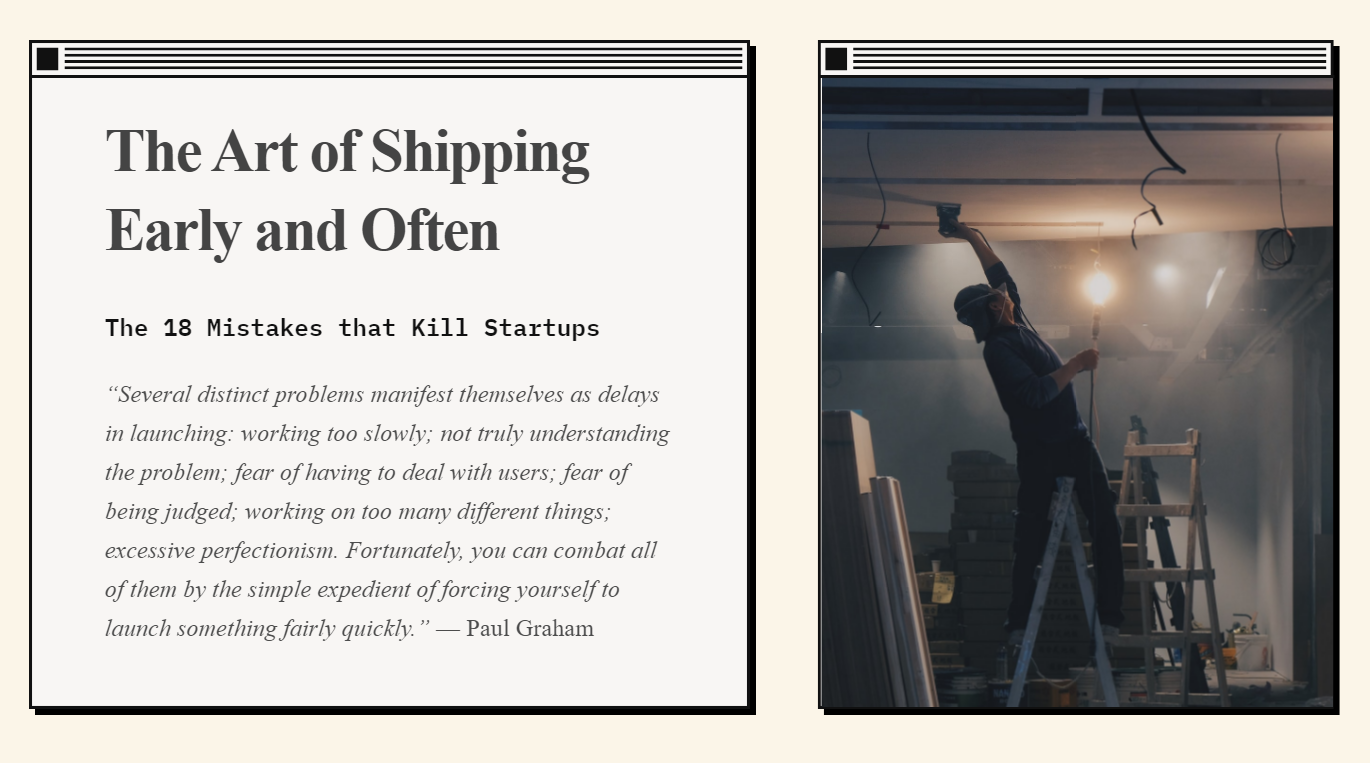 Just as they teach you at YC to ship early and well before you think you are ready.

What I expect from an early launch

I’ve noticed that it takes a lot of time to market and grow a Micro Startup.

This means just as development the feedback from users and adjustment of the product is also very important.

In this month I am hoping to have more time to adjust and react by having something out in the wild very early.

In the last months I also talked to potential users, had gotten feedback, and used that for my first product ideas.

But having something online quickly will actually speed up the whole process and in addition to the people I talk to I will have feedback from people over the world wide web which will increase the number of people telling me what’s OK and what not.

The first Micro Startups have taught me a lot about how to talk to potential clients and how to actually ship things.

I want to try and be on the Startup field much faster this month and hope this increases my odds of getting valuable feedback I can then use to improve my Micro Startup with small but valuable steps.